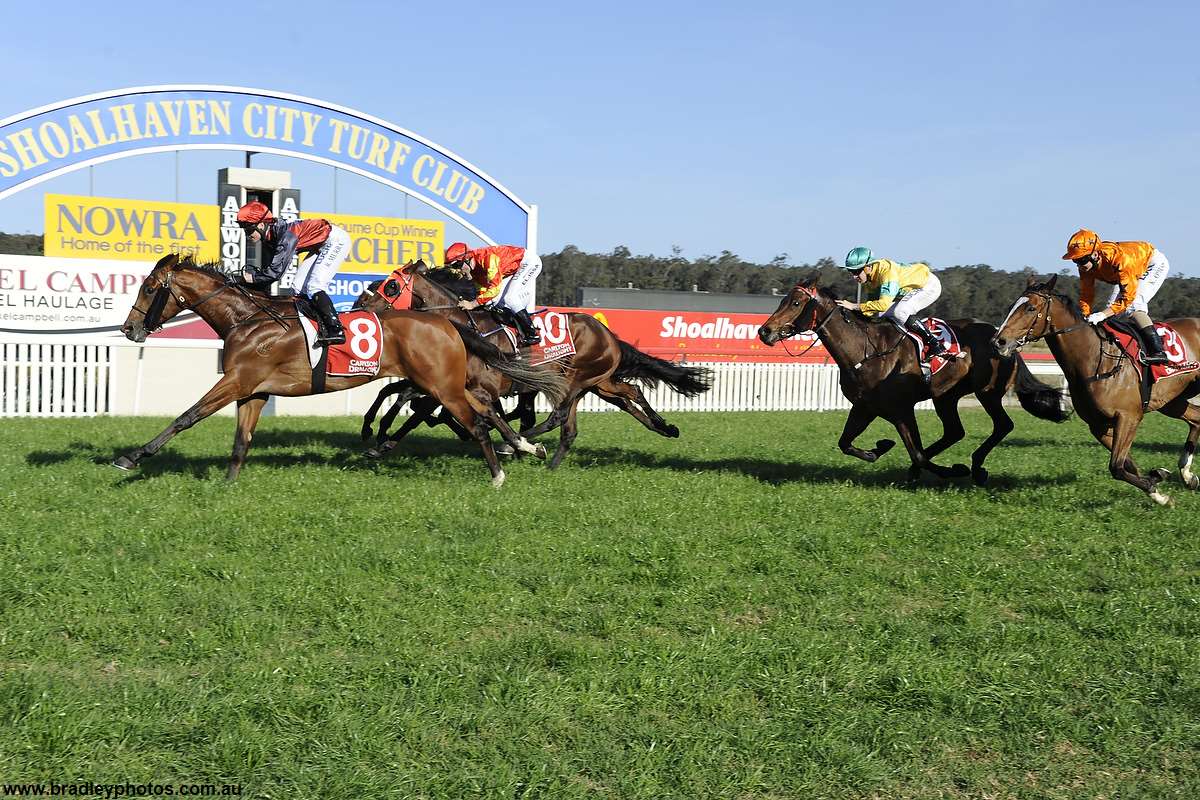 After kicking off this preparation with two unlucky second placings, China Plate headed out as the $2.30 favourite at Nowra on Monday. He jumped in a midfield position and improved to settle just behind the leaders. Jockey Rachael Murray gave him the perfect run in transit and angled out to be the widest runner on the wet track. He took some time to find his balance but let down well over the final furlong to win pulling away by 3/4L.

The son of Choisir was purchased at the Inglis Classic sales for 25k.

Michael’s Comments: “I have always had a decent opinion of this horse however he has been his own worst enemy. He is a lightly framed horse and also very coltish. We elected to keep him a colt as long as possible to help him put on more condition. Now that he has started to mature physically we will geld him and see a much improved and focussed horse next preparation.”