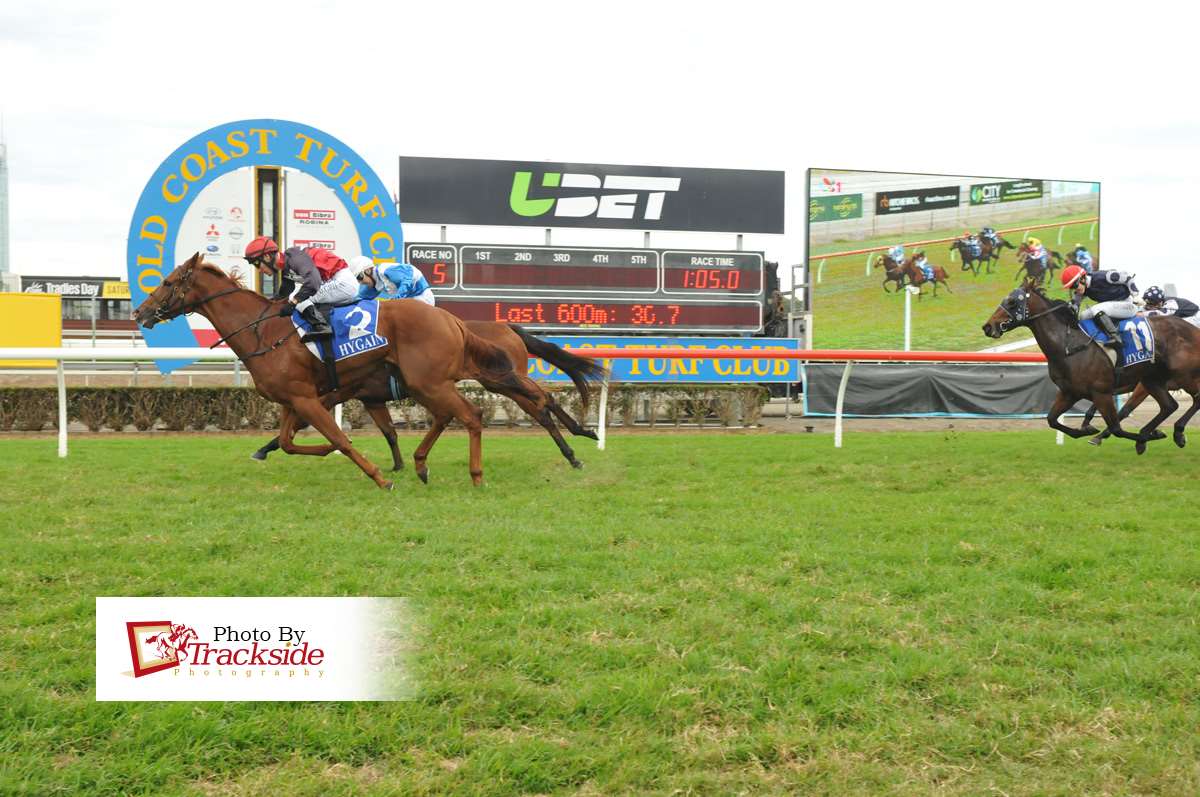 Flirtatious Femme Makes It 2 From 2

After winning on debut at Gosford, Flirtatious Femme headed north to compete at the Gold Coast.

The daughter of Husson was sent out as second favourite over the 1100m journey and was ridden by Dan Griffin.

Flirtatious Femme pinged the lids and took up the early lead before settling in an off pace position with a firm tempo in the race.

Flirtatious Femme found herself laying in across the heels of the leader but once straightened up by Griffin she let down to storm over the top of the leader and win comfortably.

Michael Costa’s Comments: “I decided to send this filly to the Gold Coast as I was wanting to avoid the wet tracks in Sydney and also have a race targeted in town next start in Brisbane. The goal is to get some city success on her pedigree page as quickly as possible. She is still doing a few things wrong but I am confident she will take the next step once she gets up to a more suitable distance.”