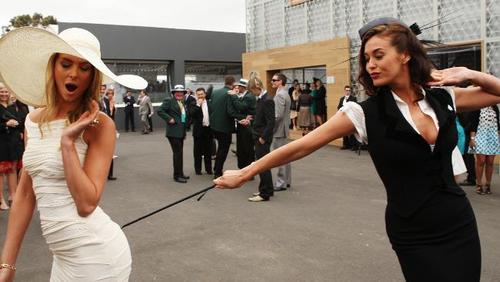 How to pull a glamour with horse racing

Have you ever been to the races and looked into the mounting yard and seen an absolute 10 out of 10 glamour with glowing golden blonde hair, sun kissed skin, legs that go forever and those eyes that say….

Now this is the kind of girl that you would marry on the spot!

But… unfortunately you will have to keep her in the memory bank for later as you look over and see she is in arms with a bloke that has a face like a dropped meat pie.
Now whats this guys secret?

You quickly assume that he must be minted or well endowed like the four legged equine athletes parading in the mounting yard.
So is your assumption right? No it isn’t and I will tell you why.

So basically if you can get her adrenaline pumping and you just happen to be at the right place at the right time, the probability of you parking your slippers under her bed have just dramatically increased!

So guys forget about hitting the bars and clubs and get amongst the best adrenaline rush on the face of this earth and own a racehorse.

Next time you meet a girl and go to ask her out to a coffee date or catch the next lame flick at the movies just think, what be her reaction after you have just won one at Royal Randwick?

And girls this works for you to, blokes with chiseled bodies and puppy dog eyes would be lining down the street to watch endless episodes of ‘The Kardashians’ just to come along as a VIP and watch your horse run.

I am leading by example, look at me I have a head like a beaten favourite and referred to as the bloke at the front of the pack in the VB add punching above his weight.

If your in a relationship already, forget the therapy and 50 Shades of Grey, owning a racehorse is this is the real way to put a spark back into a relationship.
Or if you want to be that guy in the mounting yard also have a look through our shares available.
Share this post and get some friends involved in the sport of kings! 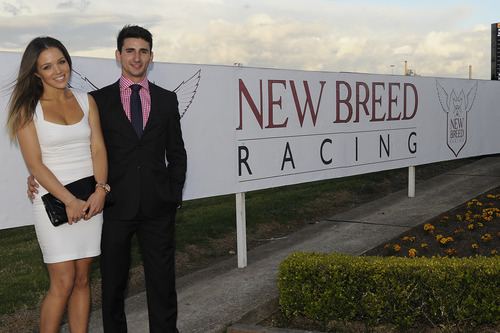