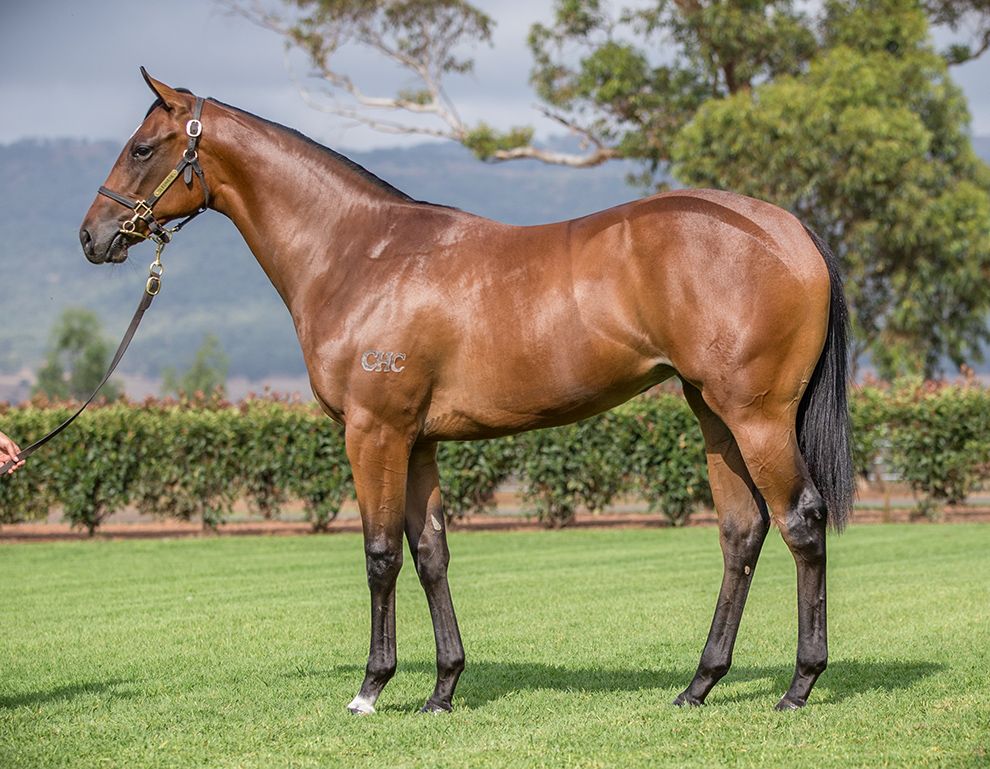 This quality filly from Sledmere Stud in Scone caught the eye immediately and we were delighted to secure her for the bargain basement price of just $26,000 at the Inglis Premier Sale in Melbourne.

PRESS STATEMENT, who is a son of proven sire HINCHIMCROOK, was a brilliant colt himself who was UNBEATEN AT TWO! He won two Group 1 races – the stallion-making Caulfield Guineas and the J.J Atkins, along with two Group 2s. Like many boom colts, he was retired to stud soon after his 3YO Autumn campaign and we may never have seen the best of him. His oldest progeny are now yearlings and given his pedigree, they will have every chance to be early running types.

The filly’s dam, RIVER VIXEN, won her first trial by 4L’s and was a winner over 1000m. She is a half-sister to multiple Stakes-winning sprinter CROSS CURRENT, who won his first start as a two-year-old and also ran fourth in the Group 1 Sires Produce before later running fourth in the Group 1 Oakleigh Plate as a three-year-old. RIVER VIXEN is also a half-sister to RIVER TRIBE, who is the dam of GROUP MARE WILLOW CREEK, a two-time winner at the age of two.