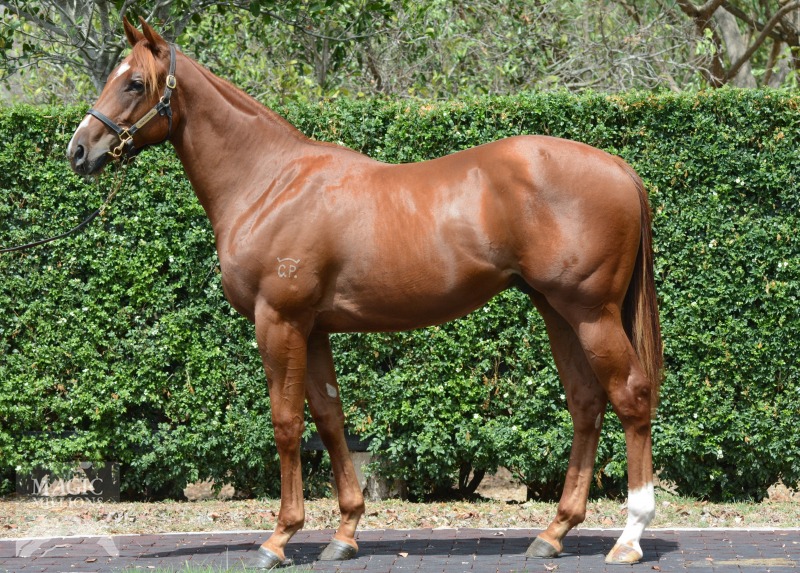 This colt has the quality of a Magic Millions January sale yearling, but we’ve managed to pick him up for the price of a March sale yearling at just $67,5000. He is our one and only purchase from this week’s QTIS sale.

His sire RICH ENUF is the explosive son of Written Tycoon and was the most dominant sprinter in Australia during his 3YO spring campaign.

Winning three consecutive stakes races, the boom youngster waltzed away with the Listed McKenzie Stakes over 1200 metres at Moonee Valley in a time that was less than a second from Miss Andretti’s track record.

At his very next outing, the imposing colt stamped his class by saluting in the G2 Danehill Stakes at Flemington beating Brazen Beau and Wandjina, stopping the clock at 1:08.13 – the fastest a 3YO colt has run down the Flemington straight six this century.

Our colt is really a chip off the old block, even down to the finest of detail with one white near hind pastern.

“This colts reminds me a lot of WINNING RUPERT, who is another son of WRITTEN TYCOON that was purchased out of this very sale for exactly the same price of $67,500. He is a jump and run type of colt who has the makings of an early-running 2YO and that’s where we will be headed with him”. (Michael Costa).

On the track, his dam DEVIL INSIDE was a speedy 11-time winner and dual-stakes winner. As a broodmare she has a proven record, having produced five individual winners from seven foals to race.

This colt is eligible for the rich $10 Million Magic Millions raceday, along with the lucrative QTIS bonuses on offer every week, where he will race for almost $70K every Metropolitan Saturday. 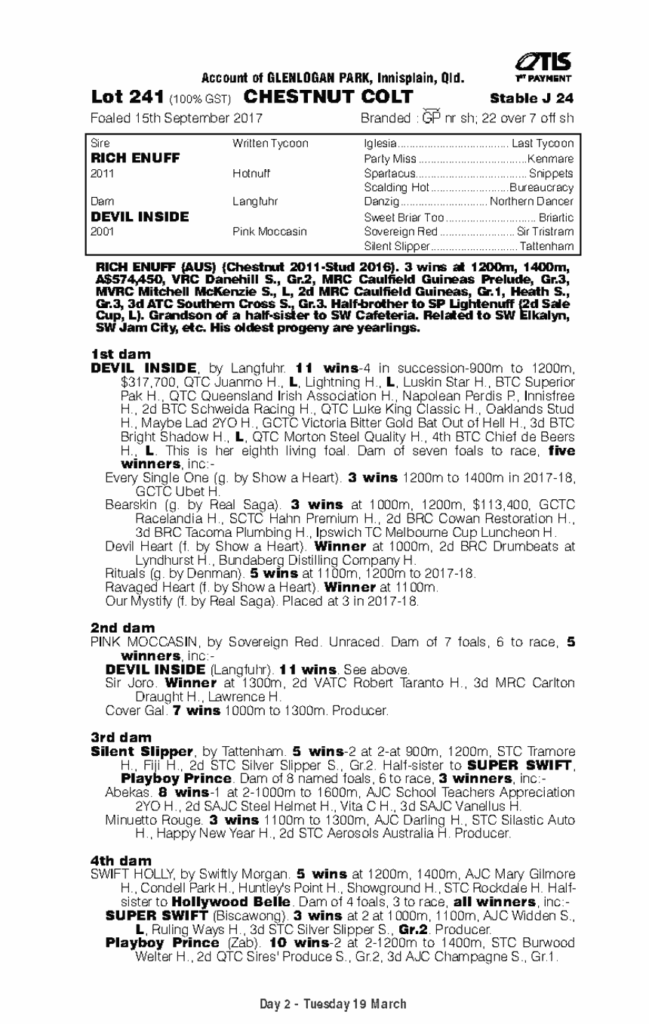