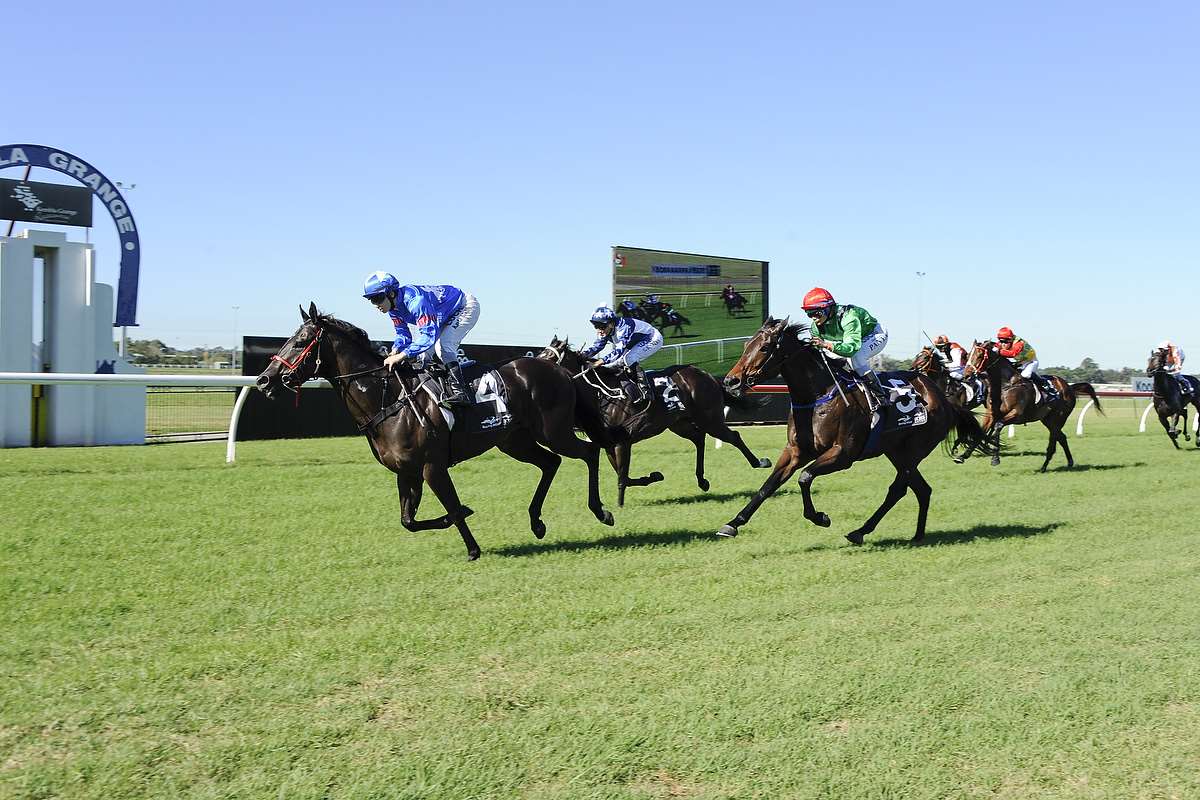 Double At Kembla On Saturday

Michael Costa Racing’s first runner at Kembla Grange was a new horse to the stable in Black Denim. The Denman filly had previously had two poor performances in Melbourne before joining the stable. From the inside gate Black Denim was a little slow but took up a position just behind the leaders and odds on favourite Loose Goose. After a hot tempo Loose Goose kicked clear into the straight but Black Denim hit the line strong to chase down the leaders and pulled away for a soft win by 1.3Ls.

Michael’s Comments: “I have really enjoyed the emails and phone calls from the owners of this filly. They had lost all confidence in the filly so it was great to see her win first up for them as they did stick with her and give her a second chance. She is not the soundest horse but she has done very well since the run and I think she can string a few wins together if placed right.”

Magic Panther was sent out at 10/1 against the $1.3 favourite in Pepperberry who was coming off a 2nd in a strong form race in town. Pepperberry found the front in running and walked in the race. Magic Panther settled off the speed and rounded the home turn three wide, working into the race. He let down with a nice turn of foot to also come away and win by 1.3Ls.

Michael’s Comments: “He has been an extremely frustrating horse. I purchased him for 26k as a yearling and he came out and trialled like a very nice horse. He unfortunately did not show his trial efforts in his first races and was very disappointing. I made a small gear change with the addition of the tongue tie and it has turned the horse around. There was a strong push for Pepperberry in being a black type horse so it was good to see Magic Panther beat a classy horse today.”