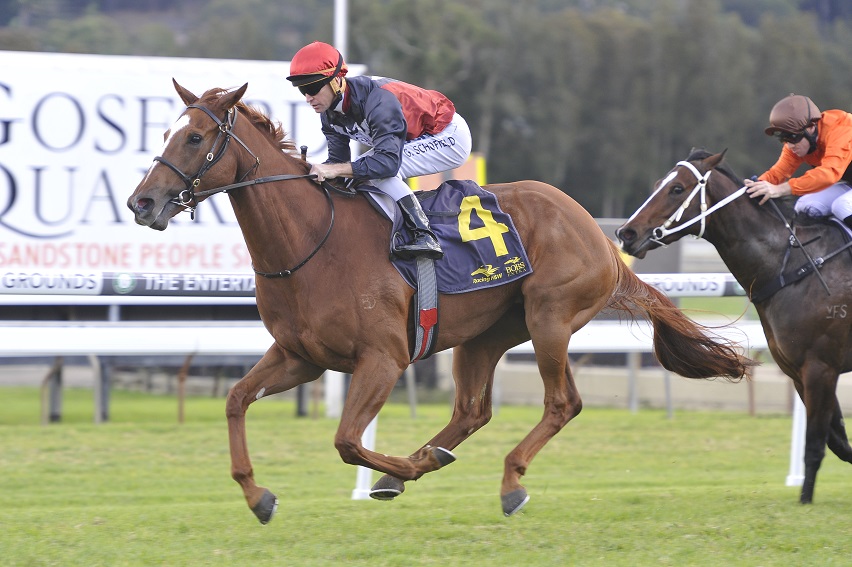 The daughter of Husson was sent out a $3.5 favourite after two trial wins this preparation. She was ridden by jockey Glynn Schofield who had partnered with her in her trials. From a tricky gate in barrier 8 she jumped well and travelled outside the lead in the run. Into the straight she was balanced up by Schofield and let down to storm passed the leader and win by 0.8L.

Schofield reported post race. “This filly has really improved every time I have sat on her. She was turned out in impeccable order by the stable and I was extremely impressed by the win”.

Michael Costa purchased this daughter of Husson out of a paddock for only 8k as a yearling.

Michael’s Comments: “She is a tough filly. Unfortunately after her first trial back in June of last year she had a knee chip develop. The syndicate decided to push on and have the surgery to have it removed. It has been a lot of work in rehabilitation but the filly has not missed a beat since being in training. This filly will be better suited over further and will take a lot of improvement from todays run.