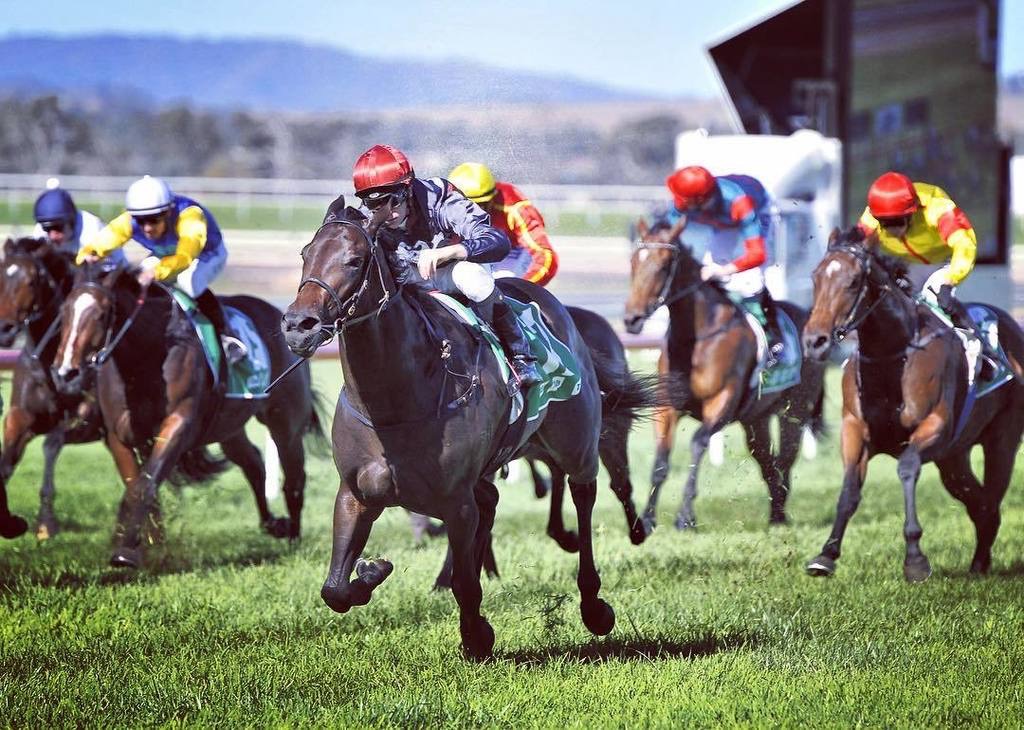 It was a roller coaster week for the syndicate of Manaya, leading up to the Woodlands Stakes. After another huge trial win at Rosehill on the Monday Manaya was accepted for the Woodlands Stakes at Scone on Saturday. In acceptances she was the first emergency and drew wide in barrier 11. In the weeks leading up to the race Jason Collett was booked for the ride but made a change of plans to go up and ride in Brisbane leaving Manaya without a jockey. After one scratching Manaya gained a start however there were only a very limited selection of jockeys that could make the weight of 55kg. When there was no further scratchings on the morning of the race, Lester Grace was the late call up to steer the filly. Manaya jumped with the field but was forced to settle at the back after loosing her position in the early stages. Manaya rounded the home turn in last position and came to the far outside to make her run. She let down with a scorching turn of foot to hit the front and was eased down over the line for a soft win.

Michael’s Comments: “The lead up to the race and the run in transit was an absolute disaster but she is a very special filly that overcame all of the obstacles. She has huge room for improvement and the best is deffinitely yet to come. I had a lot of critics this week with trialling her on Monday but she needed to have a trip away for the experience. Whilst the trial was impressive it was still soft for her. She thrived through the week and travelled to Scone with out a hiccup. She will now head to the paddock and come back for a spring campaign.”